A fresh face and a fond farewell: AHA announce Board appointments 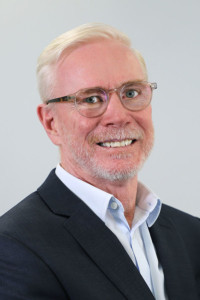 It has been a challenging year for the agricultural sector; 2020 has made it clear that biosecurity is more important than ever. Against a backdrop of the COVID-19 pandemic and ever-increasing threats to our agricultural industries from exotic diseases and pests, the strength and integrity of our national biosecurity system is a top priority.

With this in mind, Animal Health Australia (AHA) is pleased to announce that Mr Malcolm Letts (pictured right) has been appointed to the company’s Board, bringing with him considerable experience as a senior government executive in the agriculture and primary industries sectors.

Mr Letts joins the board alongside returning Directors Ms Michelle Gorman and Dr Len Stephens, who were each reappointed following an initial four-year term at AHA’s 2020 Annual General Meeting on Thursday 26 November.

Chair of AHA’s Board, Mrs Sharon Starick, is excited to welcome Mr Letts to the team.

“Malcolm has a wide range of experiences which will be valuable to our Board,” Mrs Starick explained.

“Alongside his extensive knowledge of the government sector and the biosecurity system, Malcolm is a strategic thinker and innovator who explores people-centric solutions to issues faced by the sector.”

Mr Letts currently serves as Deputy Director General and Chief Biosecurity Officer with Biosecurity Queensland and has held a variety of leadership roles within Queensland’s Department of Agriculture and Fisheries.

“With the launch of AHA’s new Strategic Plan 2020-25 earlier in the year Malcolm joins us at an opportune time. Through the new strategic plan and the growing Biosecurity 2030 Project, we’re looking to transform the biosecurity system by connecting sectors, to better protect our economy, environment and way of life.”

“With his knowledge of farming systems and strong connections within government and industry, I believe Malcolm will be a big part of that,” said Mrs Starick.

“I want to take the opportunity to thank Bruce for his substantive contribution as a member of AHA’s Board over the past eight years,” said Mrs Starick.

“His experience within the biosecurity system, both operationally in previous roles as Chief Veterinary Officer and Deputy-Director, and strategically as a member of the National Biosecurity Committee, has been invaluable to us as a Board and to AHA and our members.  He has been a great connector and influencer.”

“Bruce has been a true biosecurity warrior and he will be sorely missed.”

Mr Letts joins the AHA Board for the first time. He is an experienced senior government executive, having held numerous roles with the Queensland Government, notably serving as Deputy Director General and Chief Biosecurity Officer with Biosecurity Queensland. Mr Letts was recommended by the Selection Committee for his expertise in biosecurity and government policy-making, his practical approach to decision-making and his ability to balance strategy and operations. Ms Gorman returns to the AHA Board for a second term, having been first appointed in 2016. She has an extensive background in executive leadership across both agriculture and finance, with particular strengths in finance, policy, governance, strategic planning and digital transformation. Ms Gorman was recommended by the Selection Committee on the basis of her wider range of relevant experiences and her ability to apply those to the challenges facing AHA now and into the future. 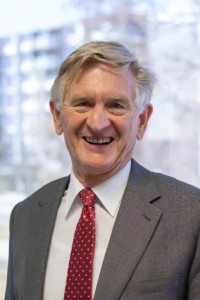 Dr Stephens has been reappointed to the AHA Board, having served a full four-year term. He has held a wide range of influential positions across the aquaculture and livestock sectors, covering meat, fibre and dairy production. Dr Stephens was recommended by the Selection Committee for his expertise in livestock production, policy development and industry-government interfaces, and his ability to help operationalise the company’s strategic goals. Dr Christie leaves the AHA Board following his retirement from the New South Wales Department of Primary Industries. With over 30 years of experience working in biosecurity, initially as a veterinarian dealing with animal health and production issues and then across the broader biosecurity spectrum, Dr Christie has been highly influential in pushing for continuous improvement in the biosecurity sector.