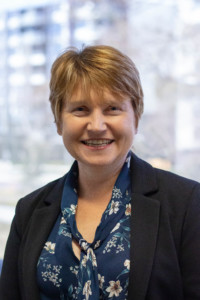 Animal Health Australia (AHA) is pleased to announce the appointment of Ms Sharon Starick (pictured right) as the incoming Chair, elected by the AHA board directors at their board meeting held in Adelaide last week. Ms Starick’s appointment will take effect November 2019 at the Annual General Meeting (AGM), at which time current Chairman Mr Peter Milne AM will officially vacate his Director position.

Ms Starick has been an AHA Board Director since 2010 and has extensive knowledge of AHA and the animal health and biosecurity system. She is an experienced chair and director across a range of agricultural and rural organisations.

This, combined with her experience as a grain and pig farmer in South Australia, have Ms Starick ideally placed to lead AHA into a new era as it prepares for its next phase to be an outstanding advocate and change agent for biosecurity.

“With increasing pressure on our biosecurity system, changing consumer expectations and the impacts of climate change, we’re heading into a critical time for the Australian agriculture sector”, said Ms Starick.

“My mandate as Chair is to actively build on our already strong relationships with government, industry and the wider agricultural sector to address these issues for the benefit of the Australian animal health system.”

As a farmer Sharon is well aware of the challenges impacting the sector and is looking forward to tackling these alongside her Board, AHA staff and its members. 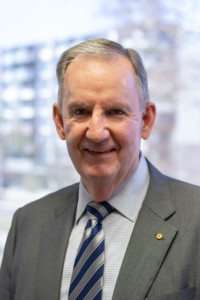 Ms Starick replaces outgoing Chair, Mr Peter Milne AM (pictured right). Mr Milne has held the position of Chair since 2011 and is AHA’s longest serving Chair and Board Director. Mr Milne’s outstanding service to AHA and the wider agriculture community will be acknowledged at the AGM.

“It’s such an honour to take on the role of AHA Chair and even more so to follow in the footsteps of Peter,” said Ms Starick.

“I’ve had the privilege of serving on the Board with Peter for the past nine years and his leadership and vision have ensured I will be taking on the reins of an already high-performing Board and an organisation with a clear strategic direction.”

Mr Milne strongly endorses Ms Starick’s appointment and welcomes her to the position of Chair.

“In my time as Chair, Sharon’s dual expertise as a farmer and astute businessperson has always shone brightly. I know she will continue to be an outstanding advocate for our industry. And as the first female chair of AHA I see this as a further step towards greater female representation within the agriculture sector”, said Mr Milne AM.

Mr Milne will work closely with Ms Starick in the remaining months to ensure an effective transition and continuity for the Board, organisation and for AHA’s members.

Since 1993, Sharon and her husband have been producing grain and pork in the Mallee region of South Australia. Her extensive knowledge of sustainable primary production was developed through her own on-farm practices and past participation in Mallee Sustainable Farming and the South Australian No-Till Farmers Association.

She also has a passion for natural resource management and conservation that is reflected in her past involvement as Chair of the South Australian Murray–Darling Basin Natural Resources Management Board and as a member of South Australia’s Natural Resources Management Council, the Australian Landcare Council and the Community Advisory Committee for the Murray–Darling Basin Ministerial Council. As a past director of Land & Water Australia, Sharon has experience in strategic planning for research and extension.