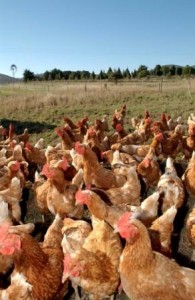 Swift action by agencies involved in emergency animal disease responses controlled an outbreak of H7 avian influenza in a flock of layer hens near Maitland in New South Wales in mid-November.

Some 50,000 hens on the affected property were culled and testing to date on nearby poultry facilities indicates the virus did not spread.

The New South Wales Department of Primary Industries said follow up testing and surveillance will continue over coming weeks to confirm that the virus is no longer present on the farm or in surrounding areas. The infected property will remain in quarantine until decontamination and testing is finished.

“This was not the highly pathogenic H5NI avian influenza strain that we have seen overseas in the past– nor was it closely related to that strain,” said Dr Eva-Maria Bernoth, AHA’s Executive Manager, Emergency Preparedness and Response.

“Australia has previously had a small number of outbreaks of other avian influenza viruses – never H5N1 – and all were quickly and successfully eradicated.”

AHA performs several  functions in an emergency disease response, including providing advice to the Consultative Committee on Emergency Animal Diseases which is chaired by the Australian Chief Veterinary Officer,  and other inputs, including a role in the National Communication Network, which helps coordinate important messages to industries and the community relating to the outbreak.

Importantly, AHA administers the cost-sharing arrangements. “The fact that governments and industry agreed to cost-share the response to this outbreak within three hours of first learning about it meant that NSW could jump into action straight away, thereby increasing the chances of getting it under control” says Dr Bernoth. Cost-sharing includes compensation to the farmer for dead and culled birds and destroyed eggs.

For more details of the H7 AI outbreak, visit the NSW DPI website.