This month we caught up with Chairman of AHA, Peter Milne; following up on his recent achievment over the Queen’s birthday weekend in June and how he got his start in the industry. 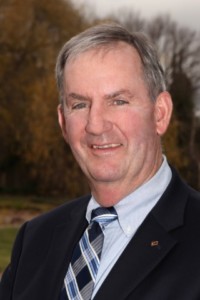 ongratulations on such a big achievement. What were your initial thoughts when you heard about your award?

Wow! The award was an unanticipated thrill.  I had a short period when I was aware the award was coming and people in the media could talk to me about it subject to an embargo but I couldn’t talk to my own family.  That was pretty tough – I was busting to share!  The overwhelming thought was actually about the many dedicated people I have worked with in many organisations, including in my time at AHA.  They have been a big part in the achievements for which I was recognised – and a big part in making my life as enjoyable as it has been. Other than that, an absolute highlight of the occasion has been the contacts over the period since, from friends and colleagues from a lifetime in agriculture – I’ve had a particularly great networking month!

Where did you get your start in Australia’s beef industry?

My family had pastoral interests at Longreach Qld when I was younger and when I left college, all I ever wanted to do was ‘work on the land’ as we described it in those days. I spent the first couple of years of my working life on a cattle property on the Barkley Tableland NT, with numbers of cattle and areas of land on a scale I could barely contemplate when I first arrived there.  Living conditions were ‘very basic’ – in a swag under starry skies most nights and out on virtually treeless plains with far distant horizons most days.  I loved the life – for reasons I never fully understood.  I’m sure it developed self-sufficiency and resilience, but more importantly, a strong awareness of what could be achieved against the odds – while working in an enthusiastic cohesive team. I left the Barkley to manage cattle properties in various areas of Queensland –and spent 28 years on Cracow Station south of Theodore. I was involved in many industry organisations over that time – including as President of Cattle Council of Australia for some years.

What have your highlights been along the way?

Perhaps the most game-changing event of my life was the opportunity to be part of an AHA organised study tour of the FMD outbreak in the UK in 2001. It drove home to me, in the aftermath of the devastation the outbreak caused to livestock producers and the economy at large, that getting biosecurity right was arguably the most important thing anyone could do for their industry.  I understood with more clarity than ever, the imperative to have sound borders, but also if that fails, the ability to detect emergency diseases early and respond quickly and competently.  Failure to do so results in an industry being out of the market in a moment, and maybe out of the market for a long time.  I have had a career focus since 2002 on biosecurity and food safety – areas that present the greatest risks to agriculture and the greatest returns for getting it right. I have been privileged to be on the AHA Board for that period but in leadership positions on many other organisations as well and I am proud of what has been achieved for the livestock industries over the period.  I reiterate my earlier comments that progress is made when dedicated people work together to achieve their goals.

Do you think Australia’s livestock industry is well positioned for the future?

Yes I do.  Our agricultural production has access to virtually all the high end markets in the world and often trades at a significant premium to more commodity based production from other countries. It hasn’t always been the case and it’s the improvement in product quality generally as well as the ‘clean/ green’ reputation we’ve earned –  particularly over the last 25 years  – that ensures our enviable market access.  It has been earned with the systems producers have worked through their industry organisations to implement – in food safety, in animal welfare and with multiple aspects of animal health.  All the while, progress with efficiency of production has been going on courtesy various R&D corporations to help ensure producer viability despite the sometimes tough operating environment and regularly difficult seasonal conditions which are increasingly a part of the Australia we know. I also believe livestock industries are on the cusp of deriving great benefits from technological advancements that are already available, to improve the industries we know.  Finally, I’m optimistic for our industries into the future because of the enthusiastic young people I’ve met, who are out there now making a difference. They are adopting the technology, changing production to absolutely acknowledge the consumer is king, and being prepared in their very busy lives  – to devote time to industry organisations to work for the common industry good as well as their families future.