Screw-worm fly is an insect pest of warm blooded animals including people, livestock and wildlife. There are two commonly known screw-worm flies:

Suspicion of screw-worm fly infestation in animals is notifiable under state and territory animal health legislation.

Animal Health Australia (AHA) manages the Screw-worm Fly Surveillance and Preparedness Program (SWFSPP) in consultation with a committee of industry and government stakeholders. The program aims to detect an incursion early enough to ensure a high likelihood of success of an eradication program.

A program review was completed in 2015. The review reassessed the priority of OWS for targeted surveillance as moderate and reaffirmed that the highest risk pathways are still considered to be through Torres Strait or with returning livestock vessels. A revised program was initiated. 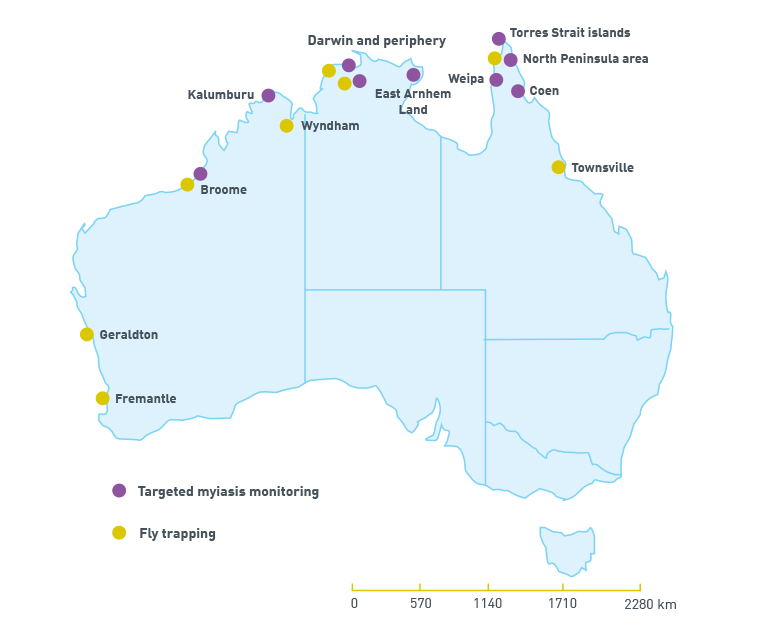 Establishment of screw-worm fly in Australia would have major negative impacts including on northern livestock production, livestock export trade and public health. 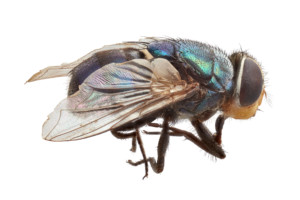 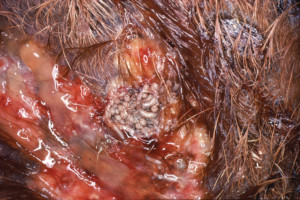 Screw-worm fly is widespread through tropical regions (Figure 4). OWS is considered a greater threat to Australian livestock industries than NWS as it is endemic in a number of Australia’s closes northern neighbours.

Screw-worm fly is most likely to enter through the Torres Strait or with returning livestock export vessels. Travellers returning from countries where the pest is endemic may also be infested.

Screw-worm fly would most likely establish in northern Australia, particularly in the Torres Strait islands and/or in the regions around livestock export ports in WA, NT and Qld (Figure 5). 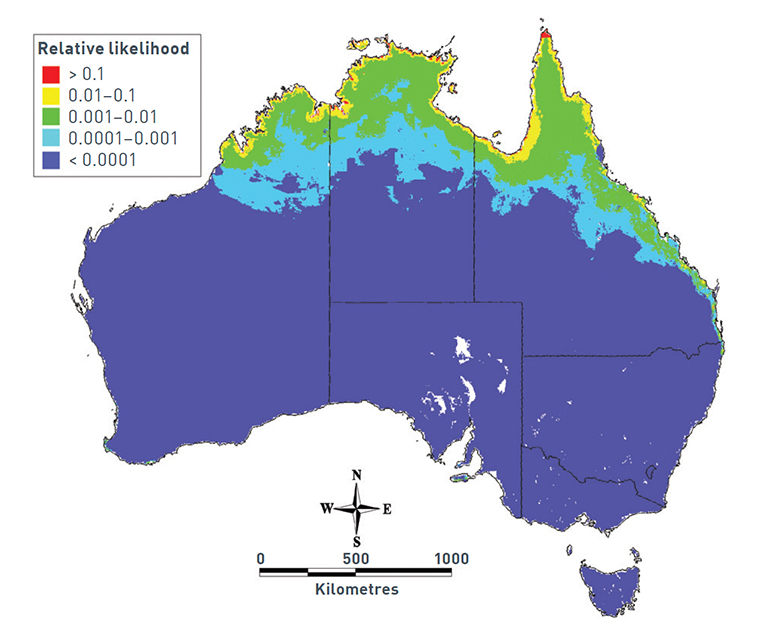 How do I spot Screw-worm Fly?

Screw-worm flies look like blowflies found throughout Australia and fly traps are used in northern Australia to look for them.

Keeping Australia screw-worm fly free relies upon early detection, containment and eradication before it can spread to other areas. Regular sampling and laboratory examination of maggots from infested wounds anywhere in Australia is key to early detection. If you see an animal with maggots in a wound please support surveillance by sending some maggots to your government laboratory.